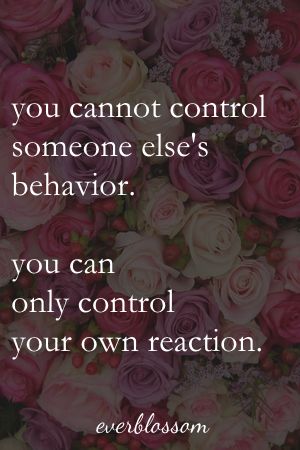 “Anybody can become angry — that is easy, but to be angry with the right person and to the right degree and at the right time and for the right purpose, and in the right way — that is not within everybody’s power and is not easy.” ― Aristotle

Anuttama Dasgupta is a part time urban design consultant and a full time mother, who is currently chasing to the finish line the lifelong dream of becoming a published novelist. Here she opines that understanding and responding to anger appropriately is an essential part of being a functional social being.

Anger is part of our everyday reality. It is as much a part of our human experience as breathing. Whether we like it or not, every single day of our lives we run up against people who push our buttons and rouse those difficult emotions that most of us don’t even want to admit we have, let alone deal with in a constructive way. The main reason for our denial is that the people who we feel, most hurt or offended by are the very people we share our lives with. We fear that expressing our anger outwardly, will irrevocably damage our relationship. For it has been dinned into our brains since early childhood that anger is a terrible thing and must be avoided at any cost.

This thinking is extremely problematic because anger, by itself is not a bad thing at all. It is a psychological messaging system that prods us to take action when some psychological boundary of ours has been violated. Understanding and responding to anger appropriately is a very essential part of being a functional social being. In fact, when we try to do the opposite i.e. suppress the legitimate urge to express our anger, we create a bigger problem for ourselves and others. When we repress our anger instead of addressing it in a socially appropriate way, we force it deeper into our psyche and it invariably finds its own outlet in various forms of passive aggressive behaviour.

But before I get into that, let me back up a bit. I began to think deeply about passive aggressive behaviour only after I got married. Before that it was only a part of the general grey-ness of existence that I encountered from time to time but never had to actually deal with for the simple reason that I always had the choice of walking away. But marriage, I came to learn, is a prism that breaks up this general area of grey into a veritable shade card of all sorts of darkness. The reason for this is that although we think we are marrying just one person, the reality of marriage is that we are bringing two sets of people together who may not be as motivated to have a relationship with each other as the two marrying partners are. Though it sounds morbid put that way (and I do apologize for taking such a negative viewpoint), marriage sometimes forces you into relationships with people who you normally would have nothing to do with. Like the proverbial horse taken to the water, we can’t force anyone to participate in a relationship that they don’t want to embrace by themselves. Not only that, marriage is essentially a social institution. There are hundreds of vaguely defined obligations associated with it that are very easy to fault the other on. As the list of unfulfilled expectations begins to grow, there is a lot of frustration both ways.  The problem gets even worse when one or both parties fight for the egoistic upper hand on a situation rather than a peaceful resolution. As a result, a pressure cooker like situation is created where legitimate anger is vented through all kinds of subversive behaviour that psychologists call passive aggressive.

The dictionary defines passive aggressive as “of or denoting a type of behaviour or personality characterized by indirect resistance to the demands of others and an avoidance of direct confrontation.” It is a covert way of expressing anger mainly to hurt the other person back for something they have done and with a conscious or unconscious intent to avoid any type of discussion around it. It implies a certain amount of self-righteousness on the part of the passive aggressive person where he or she is ‘absolutely right’ and will not consider any other argument that challenges that stance. Or in some cases, it is motivated by an underlying fear that by talking it out, they will not get their way.  Needless to say, it plays out in many insidious ways in our everyday lives.

Here are some of the most common examples.

So, how do we deal with passive aggressive behaviour? If we are trying to give someone the “silent treatment”, we must immediately stop and choose some other non-violent option. If we are being stone walled ourselves, there are several options for us too.

Here are some suggestions.

We must always keep in mind that we have a right to protest when we feel we have been wronged. But we must do so in a way that does not hurt the other person. The ultimate purpose of life is not to emerge a victorious war lord swinging a clutch of severed heads but to make the best use of our limited time in this world by nurturing others through our relationships and being nurtured in return.