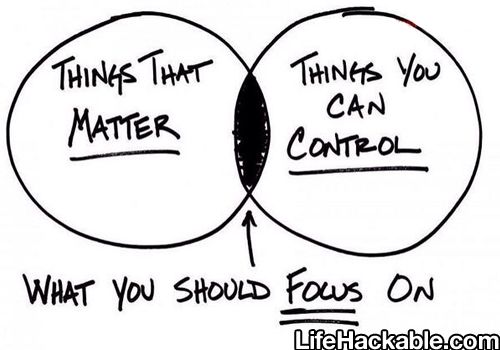 They say don’t fret the small stuff but it is mostly the small stuff that can drive you crazy! They are like sticks of dynamite that slowly add up and when they blow the devastation is catastrophic!

Now what do we mean by small stuff? It’s actually quite simple – these are those things that by themselves are ideally inconsequential and insignificant but do have the propensity to attract emotional value to become irritants that bother us like none other and very soon become too big to handle.

The small stuff can break couples apart and can potentially lead to divorce courts! Yup, they do.

Wetting the toilet seat, toilet seats in general (up or down), dirty socks and handkerchief on the dining table, wet towel on the bed or sitting room couch, not buttering the toast properly, ‘chomping’ food or smacking lips when chewing, inability to park the car in a straight line, ringing the doorbell in quick succession, reading (start to finish) the newspaper in the loo, squeezing toothpaste tube in the middle, hair left in the sink, farting or burping loudly, dragging their feet and making a noise while walking, making dog ears in books…it’s an endless list.

Now why would such inane things drive us senseless?

Well to begin with, isn’t it true that we tend to first fall in love with the quirky traits of our partners? A crooked smile, wearing a big dialled watch on the right hand instead of left, his bald head, quick repartee & sense of humour, forgetfulness, wearing glasses at the edge of their nose, mop of curly hair, innate protectiveness, unpredictability, wrinkling nose or pouting mouth when concentrating etc.

In fact here is a list of quirks that some people love about their significant other!

Similarly, we tend to fall out of love over these seemingly small things first! Initially it might seem petty being annoyed about such nuances but slowly they shape up into symptoms of larger needs. When a partner fails to listen and respond to these minor complaints, then they turn into larger problems like you don’t listen to me, don’t care about me, you take me for granted, disrespect me, don’t want me!

3 years ago we shifted into a house where we happened to have the option of different bathrooms. It wasn’t intentional but the layout of the house and furnishings just made having separate bathrooms and cupboards convenient. From personal experience I can vouch for the fact that we enjoy our personal spaces that much more now. The bathrooms reflect our personal habits and styles, collection of toiletries don’t jostle for space and the best part – there are no issues about the infamous toilet seat!

Watching television too had been another bone of contention. Husband likes watching programmes on world war, big machines, cars etc. while I like the various crime series! But thank god for the option to record serials nowadays. He watches what he wants to while I watch my recorded serials whenever it’s convenient to me.

Interestingly the bigger problems in life, like loss of a job or death in the family have the capability of bringing couples together while the smaller ones tend to assume unmanageable proportions.

The irritants will continue to be an irritant but how one copes with them is crucial for living in harmony. I think acknowledging that you don’t have to like and accept everything about your partner is perhaps the first step. The small things we don’t like about them don’t make them ‘bad’ people (and the same goes for us too!).

How important are these small things to us? Can we tolerate them? Ignore them? Overlook them? Will they make or break us? Will they make us love our partner any less? Can we tell them exactly what annoys us directly instead of calling them names?

I remember initially the soiled toilet seat used to upset me. Then I began either cleaning it myself or putting the seat down before use. Now with separate bathrooms, I don’t worry about it at all! Today, when he leaves the wet towel on the sitting room couch I ignore since the maid tends to pick it up and put it to dry. I’ve realised that it is easier to do that than get upset or rather sulk and expect him to understand the reason for it!

Another tactic I frequently used was to let my mind wander thinking about the annoying small stuff. When something annoys you, if you just think about it and allow thoughts to flow freely, slowly it tends to move on to other things that you might find equally annoying. The thing to note here is ‘free flow’ without giving it direction. This unhindered process of thinking will very easily elicit the actual origin of irritation – which is only being manifested through the small stuff. It’s also a way of negating the emotional connect with the small stuff and being able to handle it with maturity.

I don’t believe in ‘not’ fretting the small stuff. I think one should definitely address them, either as a couple or individually, whichever is comfortable and convenient, to understand exactly how important they truly are and then deal with them accordingly. That way you’re acknowledging their presence, dealing with their impact and learning to live in harmony – all simultaneously.

In other words you’re making the small stuff lose their capacity to become bigger later on.

One thought on “Do fret the small stuff!”