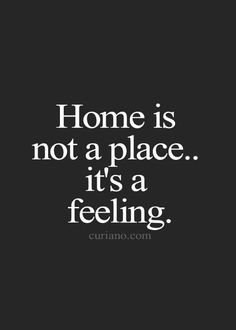 A random conversation after lunch one afternoon amidst three daughters-in-law (DIL) revealed a startling truth. The youngest amongst the three stated, “mera ghar kahan hain?” (read where is my home?) She continued, “my parents tell me that my husband’s house is my home now while in different ways I’m made to feel like an outsider in that house. So, I really don’t have a home to call my own!”

There was much sadness in her voice. For a moment, there was silence as each one of them felt the same way.

Second DIL added, “I’ve been brought up in a home where girls are revered. We were loved, taken care of, educated and allowed to take up any job or travel on work. Our every whim and fancy was taken care of. That same house (in a way) wrote us off after marriage saying that the property will always have to stay within the family and so would only belong to the son. Even after marriage we would be taken care of, if needed but we would have no say in the family property.”

So, the third DIL, wondered aloud, ‘then what is home? What does it mean to us, as women? We all have daughters, what should we teach them?’

Home is defined as the place where one lives permanently, especially as a member of a family or household. But home is so much more than just a place to live in! It’s where you run to in your hour of need, fear, anxiety. It provides you solace and peace of mind. It protects you from the harshness of the world, allows you to be yourself, takes care of you. It also provides a sense of belongingness and identity.

The second DIL continued, ‘after a really long day at work, I returned home to take care of my cranky 2-year-old daughter. I was very tired and happened to leave my clothes in my mother-in-law’s (MIL) room and forgot to remove them. Instead of simply telling me to do so, she took a picture and forwarded it to her son on Whatsapp and said, “look at what I have to deal with. I have to take care of her clothes also. Does she think that it’s my responsibility to do her work?” One fleeting moment of tiredness led to an evening of unrest at home.’

The third DIL concurred, ‘I have to constantly remind my MIL (in different ways), that this isn’t only your son’s house, it’s mine too! Along with your son, I pay an equal amount of the EMI!’

There is a deeper power play that happens within a home. It’s about control, asserting one’s existence while negating the other’s. It’s also a way to keep women from becoming too comfortable. Being a guest in your own house ensures you’re always living in uncertainty.

One may opt to live separately after marriage instead of moving in with in-laws, but the fact remains that it’s not recognized as your own house. Most often when in-laws come travelling they tend to instil a semblance of their own value system and rules into your home as if they have the right of way and believe that their son wants the same. It’s not mandatory of course, to ask for permission.

It’s generally accepted that the MIL behaves the same way she was treated when she was a young bride. But isn’t this explanation too simple?

When bringing up daughters’ parents tend to do everything in their power to give them a happy childhood within a loving home. They empower them to create their haven there and yet these same parents when marrying off their daughter, retract from that logic saying your husband’s home is your home now! How does that help? And the icing on the cake is that they feel that their daughters are “lucky” to have a place of her own (read husband’s house). Really?!

Yes, there are men who strongly believe that their wives have equal right to their homes too. They’re life partners and as such building a life time of togetherness does call for sharing everything equally. But there are also men who listen and understand a wife’s lament, agree to her sentiments yet simultaneously listen to every word their mother’s say. Is it only because they don’t want to get caught up in the crossfire and don’t want to be seen taking sides? Isn’t that explanation equally simple too?

So, what’s the solution? Should girls be encouraged to become established in their careers, become financially independent, buy their own place (no matter how big or small, how far or near) with their own money before they marry? They might put it up on rent or sell or keep it locked up. But at least they’ll have a place to call their own.

Or should girls be taught to ask for their rights as they deem fit – either at their parental home or in-laws. Women are taught to be strong and independent, then why take away their basic right to a home?