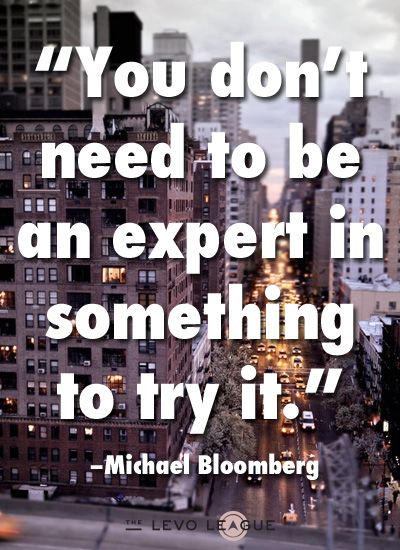 Growing up years I mostly interacted with women who were employed and financially independent. This was my parents’ social network and of course I also wanted to be someone who attended office every day, did ‘important’ things, attended off sites, office parties, had colleagues and friends of both sexes, had a ‘life’ outside of home and made money. Many of these women worked long hours in offices and then returned home to care for their families. Some did their own cooking, took care of the children while others had help and support from in-laws or domestic servants. I saw how they managed their time and efforts to manage their personal and professional lives with ease. So I knew that it was possible to be married, a successful professional, be happy and live a fulfilling life.

Like my mother I was a firm believer in women’s rights and my ideology was framed by Ashapoorna Devi’s notable trilogy (in Bengali) Prothom Protisruti, Subarnalata and Bakul Katha. As an introverted little girl I loved to play by myself the role of a housewife with long hair, wearing a sari the Bengali way with sindoor (vermilion) and shakha pola (conch shell and red wax/lac bangle), with the safe keys hanging on my waist, cooking and looking after everyone at home. I would be educated and so would spend my afternoons reading novels and magazines, painting, having engaging conversations with learned men and women. I would have a mind of my own, someone who commanded respect by virtue of the kind of person I was. Everyone would love me and I would be a happy and contended. Guess I visualised myself like many of Rabindranath Tagore’s heroines. Therefore I knew that I could be married, a housewife, be happy and live a fulfilling life.

Growing up as I had very little interaction with women who were solely housewives, perhaps I missed some of the intricacies involved in their reality. Interestingly, after my marriage I came in contact with many within the immediate and extended family from my husband’s side who were. By then I had already been working for 6 years. I didn’t need to do any housework since my mother and sister (till she got married) took care of the house. I didn’t understand the nuances and so my initial gut response was that I was different from these women and we would never understand each other. I wouldn’t be able to converse with them discussing my work, the pressures of meeting deadlines, dealing with office politics and being accountable for timely delivery of projects. Nor could I understand how they spent their time at home with nothing else to do!

Had I become prejudiced? Yes! Somewhere I had lost the plot. I felt that only women who worked outside did equal amount of work at home too. When you’re a housewife then you couldn’t possibly do that much work since you only had to deal with the housework and that too had the entire day to do it!  Yet being a firm believer in women’s rights I was also a strong supporter of women who choose to stay at home. The operative word of course was ‘choose’ – I didn’t understand the concept why someone couldn’t exercise the option to work outside or someone who had the opportunity to work outside wouldn’t want to.

The immediate repercussion of this was a mismatch of expectations – mine vs. my in-laws! Although my in-laws were never against me having a career, they expected that I would also play the role of the dutiful daughter-in-law – i.e., take care of the house and family, participate in domestic chores, be active during pujas and festivals. I had a problem with that since I hadn’t played that role before. Also, I earned enough money and so couldn’t understand why we couldn’t get hired help to take away some of the pressure. Why did we have to do it all? Although I did try, there were times I didn’t want to since I was tired after a long day’s work and just wanted to put my feet up and relax. No one had pulled me up for this at my parent’s home and I couldn’t imagine anyone taking offence at this behaviour at my in-laws!

Similarly, although my husband and some of his contemporaries within the family had wives who worked outside most of their impressions of a wife was someone who could play both roles with relative ease and élan. They had grown up seeing their mothers – the first women in their lives. She was always present efficiently taking care of their everyday needs. Then came their interaction with women in the professional space – girlfriends, colleagues, persons of authority – all strong, efficient women who knew their minds, earned as much money and to an extent were their equals.

To begin with, there is nothing wrong with this assumption. Like me, he too must have felt that I can manage both. When I wanted to relax he didn’t think there was anything wrong because that was what he did when he was tired – put his feet up and relax. When he saw the shift in dynamics with my in-laws he felt that I should try harder, be more accommodating and travel less on work. And so began a certain rift because I felt that he didn’t understand me or respect my work enough.

After we moved out of his parental home to another city, the onus of managing the house fell on me. But this time, the advantage was that as we were creating our ‘own home’ for the first time we both got equally involved with the chores. We hired help to lend support and that also gave us the opportunity to spend quality time with each other, put our feet up and relax! 10 years after our marriage when my daughter was born I choose to become a stay at home mom to take care of her.

Today I’m a homemaker and prefer that designation rather than housewife. Understanding the origin of the word homemaker helps to explain why I find it more acceptable. The word homemaker of North American origin denotes those, particularly women, who had to leave their paid jobs and take care of their families. I manage the home, take care of my daughter and also work as a freelancer. I have help so do get time to do my own thing. Therefore I feel that the term is a lot more inclusive and being gender neutral it feels right.

A recent article in Youth ki Awaaz reminded me that even though I had done much play-acting in childhood, I would have never said housewife if questioned about my future plans. Yet today I have experienced being both a professional and a homemaker – each are equally demanding jobs and require an attitude and mind-set change to be effective. Neither is easy. If anyone comments now how I don’t have to wake up early in the morning to rush to work, I want to scream. They don’t see that my daughter wakes up intermittently at night which means I don’t get a full night’s rest. Taking care of her is a 24×7 job and there are no weekends! I’ve had to make some adjustments, compromises, re-assertion of viewpoints, let go of certain personal needs, changed my outlook to fit my role. From being DINKS to a single earning member with child, my husband too has had his own share of adjustments and compromises.