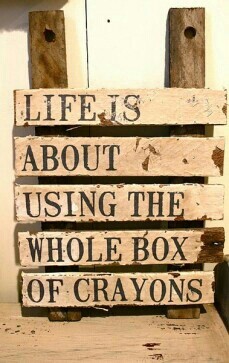 Let’s face it, love is incidental to the whole story!

Marriage is ideally for a life time, it’s an experience where everyone has their own set of rules. Let’s Face It! is an attempt to unravel some of those rules and share interesting people’s opinion, views and attitudes towards this institution.

Pottsandpan (PP): In present times, how would you define love in marriage?

Anubha Kakroo (AK): You know, Romeo actually went to the Ball to impress the beautiful Rosaline but when she steals away, Juliet enters. She notices Romeo first and their attraction is immediate! This clearly epitomizes the fickle mindedness of youth. I’d call it passion-ate love, the sensual energy that overrides all emotions during adolescence. In marriage, love is almost incidental to the whole story! Its passion that drives you to want to spend your life with someone. Love is nuanced, complex and comes much later.

PP: Growing up years and even today love is compared to that shared by Laila-Majnu or Romeo-Juliet. Why aren’t there any contemporary icons?

AK: I believe that’s because it’s the ‘unrequitedness’ of their love that is ‘romantic’ and upheld otherwise love becomes boring and domestic! Imagine Romeo and Juliet running a house and raising a family together! How utterly ordinary would that be!!  Passion is the primordial emotion that holds true even today and in every society. It’s become crystallised in that frame and these characters are the metaphorical symbols of that passion-ate love.

PP: How would you define marriage? How has it changed over the years?

AK: The basic premise for marriage has always been sex and procreation although today, sex and procreation can happen outside of marriage too. Marriage is this whole issue of structuring child-raising essentially and maintaining a community /society as it’d be difficult to operate as lone rangers.

Today it has more to do with the ‘individual,’ which is perhaps more primordial than marriage is! When the individual takes centre stage over and above the system, there is stress. In most urban centres the changing nature of marriage has settled down a bit and there is more subtlety and rhythm. The change is more apparent in tier II cities. I know of a woman who enjoys going out with her father-in-law to watch movies as her mother-in-law is not interested and her husband has no time. This is an interesting dynamic. Similarly another interesting concept is that of the family disco. In this case, the entire family would occasionally hire a discotheque in the afternoon and go dancing together. Beginning with the grandfather, down to the youngest child, everyone would troop down to a discotheque and groove to the latest Bollywood songs. This reflects the need for the older generation to sample what the youngsters enjoy while the new bride is able to enjoy the freedom to dance within the confines of the system. Both these observations indicate the changes slowly unfolding in the concept of marriage.

PP: What are your views on LAT – living apart together? Do you think it can lead to marriage becoming redundant?

AK: I know LAT came into prominence sometime in 2009-2010. It’s a great concept where both parties get their space but I think it works well with grown up children or divorced parents. Then this concept of you-me-us becomes less tricky. A couple friends of mine had parted ways amicably but were not legally divorced. When the wife had a medical emergency, she was able to avail of her ex’s medical insurance as they weren’t separated legally. The institution of marriage has been in existence for far too long. It involves societal, psychological, emotional as well as legal factors. It’s become imprinted in our DNA and erasing it is tough. If you’re attracted to someone then marriage is one platform to formalise that relationship.

PP: The 2013 Indian Wedding Survey by Femina found that although most women preferred to find their own partners only 20% found their match through matrimonial websites while 5% had assistance from their families.

AK: Let me give you examples of some interesting case scenarios. One of my friends is well-educated and financially independent. When she couldn’t find Mr Right she went to her parents and laid down certain conditions for them to find a match for her. The guy had to be her equal – an MBA with good income. Another friend, after being heartbroken a few times is still unable to find Mr Right. But instead of opting for marriage she prefers to live a solitary life in London. Both instances reflect a different response to the notions of pragmatism versus the romanticism, the real versus the ideal. There are trade-offs in each case and one has to live by the choices made. A young cousin although keen to get hitched found the idea of looking for a girl so intensely pressurizing that he’s opting for an arranged marriage. The idea of arranged marriage is like a safety net for many people, including internationally now as the stress of ‘landing’ a long-term partner screws the happiness out of most relationships anyways!

While growing up we’d generally see matrimonial ads talking about fair complexion and good looks. But today the premium matrimonial markers like in the Economic Times matrimonial are requests for graduates from Harvard, ISB etc. Today matrimonial websites have formalised the process of hunting for a mate. In fact there are societies where there is the hybridisation of the two systems – “arranged love marriage” within the same caste and community. Interestingly, there is also so much pressure within certain young people today for the need to have love marriages that they shy away from telling their friends that theirs is arranged, preferring to call it ‘love’ marriage even if it is not!

PP: Women today are looking to find their equal – partners who not only earn as much as them but are similarly educated and believe in equality in marriage. What do you think?

AK: A recent article in the New York Times referred to such equal or peer marriages as ‘egalitarian marriages’. In these marriages both spouses work and take care of the house and their relationship is built on equal power, shared interests and friendship. The same article also talks about studies that show that the very qualities that lead to greater emotional satisfaction in such peer marriages may be having an unexpectedly negative impact on those couples’ sex lives! At the outset this is the kind of marriage many people wish for but the values that make for good social relationship are not necessarily the same ones that drive lust. Psychologist Esther Perel comments that “it’s the first time in history we are trying this experiment of a sexuality that is rooted in equality and that lasts for decades. It’s a tall order for one person to be your partner in Management Inc., your best friend and passionate lover. There’s a certain part of you that with this partner will not be fulfilled. You deal with that loss. It’s a paradox to be lived with, not solved.”

PP: Talk to us about your marriage, how long have you been married? Based on your experience what has been the one thing that has worked for both of you as a couple?

AK: We’ve known each other for 25 years and been married for 21 years now. I was 18 years old when I met my husband so we’ve almost grown up with each other. I think being in the same line of work (design education – architecture) has helped greatly. My husband is a one place person while I’m a multi-place person. This can lead to frustration sometimes but when all else fails we still have one thing in common to talk about – design education! In other words having a common enemy helps. It’s a great unifier.

PP: What would be your advice to couples wanting to commit to each other?

AK: When one is looking for a mate, then consciously or sub-consciously we find someone who tends to have about 70% of the qualities we’re searching for. This tends to override the remaining 30% which don’t match. Unfortunately this remaining 30% is what kicks in later and starts bothering us. We refer to that as differences between couples. Based on this I would advise that couples should accept that one person cannot fulfil all their needs. Insistence on this puts pressure not only on the self but the other person too. Simultaneously there is the need to find a commonality that will help tide them over the difficult phases. It’s foolish to believe in ‘a happily ever after ride with no bumps and breakdowns’ 🙂

PP: If one person cannot satisfy all your needs then doesn’t that go against the meaning of monogamy, marriage itself?

AK: I’m not a staunch believer in monogamy. Men by nature will want to look for multiple partners to literally spread the seed as far and wide as it can go for better chances of survival and dominance of a particular gene-pool while with education, exposure, financial independence women too have begun to question certain stereotypical notions. This idea although more primordial is not too recent. It may have been suppressed over eons and therefore the factors mentioned above may have helped it come to fore again. Even biologically, female of a species tends to expand her ‘mate-bank’ as it were, to have a more varied gene pool and thus have a stronger offspring with better chance of survival. So biologically mono-partnership (monogamy being a social construct) is actually counter-intuitive.

We meet interesting people from all walks to life every day and will connect with them at different levels. When connecting with a man (other than your husband) there is always a possibility of sexual undercurrent. I think that’s healthy, one should acknowledge that and move on. Sometimes you can be most comfortable discussing certain issues with another man but not your husband. It’s prudent to understand that you’re connecting with a fellow human being not just a man. In fact the dewar-bhabhi (brother-in-law – sister-in-law) relationship is based on this premise. Good natured and good-hearted flirting works for both. At a wedding outside of Indore, a friend was shocked listening to the women talking and singing songs with clear sexual innuendoes. We think we’re modern, educated and liberal. But in fact we’re more prudish and put more checks and balances on relationships. You could say that this understanding that one person cannot satisfy all your needs is a double-edged sword!

**Architect and Industrial Designer, Anubha has specialized in Design Management, specializing in Strategy, Innovation and Branding. Anubha works as a Design Strategist & Thinker. Currently she works as Director: Design & Cultural Insight at the Futurebrands India Ltd. where her work involves using Design as a critical resource for Cultural Mapping and insight to make sense of India. She has taught and has been on various juries of the School of Planning & Architecture, National Institute of Fashion Technology and the National Institute of Design. She is also interested in the intricacies of Art & Aesthetics, English; Language & Literature and Cultural/Anthropological Studies.

One Reply to “Let’s face it, love is incidental to the whole story!”