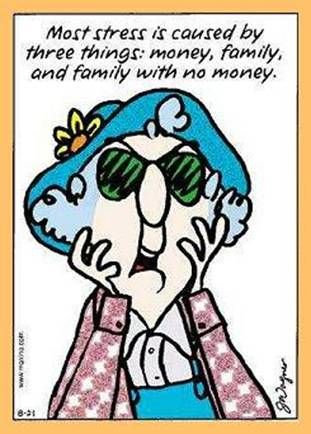 Some time ago I read an interesting article that stated “as the US economy improved the divorce rates worsened!”

I’m sure if one were to do a similar analysis in India, the trend would be the same. We might still falter in terms of acceptance from society at large for being divorced but the trend would nonetheless come as no surprise.

What did it really mean?

I would think that it meant that most people look at their own happiness and satisfaction when it comes to divorcing their partner – even if the relationship has gone on for years. To an extent I am generalizing but it is true that when one is financially strong and independent, that is when thoughts of divorce are mostly entertained. If your basic survival depended on the earning member of the family then even though some might refer to it as the Stockholm syndrome, one does tend to find reasons to justify staying on.

It isn’t easy to live on your own – apart from society and sometimes losing friends and family for taking such a step, it is difficult to be responsible for every little thing in everyday life. Sometimes it helps to pass on the responsibility to someone else. But as the current situation and environment is no longer conducive to such expectations, more and more women are moving towards being financially independent.

Psychotherapist and author of How to be a couple and still be free, Tina B Tessina says, ‘financial independence is important in a marriage because it can also mean ‘independence of thought”. Its value is equivalent to a sense of self.

Why do most people believe that money and relationships can never get along? It’s perhaps because money is measurable, i.e., the give and take is quantifiable. Therefore how much the relationship will be impacted by money is dependent on the couples’ spending and saving habits, their experiences with money while growing up, their communication about the same and how they personally view and value ‘money’ and what it stands for to them as individuals.

In addition to this children and expenses related to them, financially dependent parents or siblings, property and inheritance, hobbies which by themselves are expensive to maintain (like diving, photography etc.), filing taxes – can all add pressure on one’s financial commitments.

Some time ago the joke doing the round about a wife’s view on money was, ‘darling what is yours is mine and what is mine is mine!’ This notion will not find too many takers today – unless of course, only said in jest! More and more women marry late today or get into live in relationships by which time they have their own place, have planned their financial responsibilities and earn well enough to want to continue exercising the option to make independent decisions about key things in their lives. As for the men, they too more often now see their role as the sole bread-winner changing – their wives/girlfriends are not only equal partners but in some cases earn more than them.

Some exercise the option to split their bills equally or in some form of equitable manner. This allows them the flexibility to use the remaining money on themselves or however they deem fit. The advantage is that it starts off as being reasonable but can lead to resentment over individual purchases or expenses. Also it tends to limit the couple’s spending power.

Some agree on which partner will pay for the bigger expenses (like purchase of property or white good) while who pays for the regular expenses (like rent, or monthly grocery etc.). Some might agree to maintain separate accounts yet open a joint account in which they input a certain amount every month which only goes towards living expenses while some might simply have a joint account for every kind of expense since they are now married and should share their lives together. To each his own!

Whatever the relationship or agreement – money is a key essential element that has the potential to lead to arguments and breakups. How one deals with money matters is solely dependent on each couple as there is “no right or wrong way” of doing it!

Being a Christian and marrying a Hindu, we had a Christian wedding followed by a Hindu wedding along with the legal registration thrown in between! We spent a lot of our own money before the wedding – money that were spent not only on purchases meant for the ceremonies and celebrations but was a way to share expenses with our parents and also have a say in the wedding arrangements. This meant that we were in debt when we married and it took us over a year to become debt free! In other words we both walked into the marriage carrying a substantial financial baggage!

I’m a firm believer that when it comes to money, its best to clear debt at one go and as soon as possible even if it means that I’m living hand to mouth for the rest of the month. My husband on the other hand believes that one must always have loose cash handy for emergencies (he never allows his bank balance to reduce beyond his own set limit) and debt should be cleared in a systematic manner without hampering that. Although we individually cleared our debts, his cleared faster as he was methodical while I struggled.

I don’t enjoy shopping and do so only using a list or I buy what I want when I need it or feel like buying. Also I only like to entertain close friends and family and don’t like to eat out too often. My husband, on the other hand, enjoys the experience of visiting different shops, evaluating the offer (either offline or online), taking his time to decide and then goes ahead and buys exactly what he wants. He mostly shops during sales and therefore always lands up getting a bargain. He loves company and likes to meet up with colleagues, acquaintances and friends for a coffee or drink. He also likes to eat out and enjoys exploring new cuisines or restaurants.

It’s evident that our perspectives on relaxing and spending money are different thereby indicating that we have different “money personalities.” Sometimes we’ve been able to sort out our differences, sometimes we’ve argued bitterly while in recent times (especially since I took a sabbatical from work with the birth of our child) we discuss to get each other’s views and then mutually agree to spend or save according to what works for him within the present situation as currently he is the sole earning member and we have a child to support.

Money matters are a constant in a relationship and therefore should ideally be dealt with as a couple! It’s important to share the work of budgeting, paying bills and handling finances. Otherwise, the person who handles everything could become resentful while the one, who doesn’t could be left without knowledge of the family’s finances especially in the case of illness, separation or death.

Most couples will agree that the crucial agenda with regards to money is not so much who is earning it (and how much) but who keeps control and takes the decision about spending it. That’s where money as power tends to raise its ugly head and if not addressed as a couple with sincerity and sensitivity, it will most definitely lead to trouble in paradise.

One thought on “Money in marriage!”