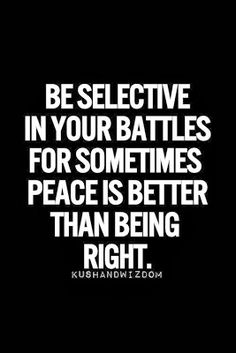 Are Aishwarya Rai, Abhishek moving out of the Bachchan residence?

Recently read this article about possible friction between Aishwarya Rai and her mother-in-law and felt compelled to write about it as it brought back memories.

A news agency highlighted “…for 6 years now after their marriage, they have been part of a traditional Indian joint family. As Mr and Mrs Bachchan Junior, they have lived with Abhishek’s parents Amitabh and Jaya Bachchan, celebrating Diwali, Karva Chauth and birthdays together.”

In yet another, Abhishek Bachchan is seen denying this as a rumour. I’m not here to question their decision or to pass moral judgement – but it’s interesting to note that pretences continues to be a part and parcel of almost every other Indian marriage! Whatever the truth why does one feel compelled to deny, perhaps a simple truth? Why is moving out frowned upon so much? Why isn’t it acceptable that a couple for whatever reason may want to live on their own?

In most instances, even today moving into the family home is tradition, a natural progression for newly wedded couples. Sometimes I feel that it is the fortunate few who skip this step if they happen to live in different cities. Just hope someday this becomes a choice that is openly welcome. It doesn’t necessarily need to be the norm since there are families who adapt well, find enormous emotional and infrastructural support during emergencies and crisis and live together in harmony while there are others who are compelled to stay together because of business, financial or personal reasons.

Marriage is a new phase, a new beginning for every couple including those having a love marriage. When I married it was assumed that we would be living with my in-laws. It was a natural turn of events and at that point in time there was no need or reason to exercise the choice to live separately. I knew and accepted that the onus to adjust, compromise and integrate into this new way of living had to be mine as I was marrying into the family. It was a complete change for me – new home, new set of parents and family, new lifestyle, different customs and eating habits while for everyone else nothing drastically changed in their lives or lifestyle except an additional new person joining them.

Like the Bachchans, living in a traditional Indian family, we too celebrated birthdays, anniversaries, puja together. The problem occurred when it was assumed that we would want to celebrate them with the same set of invitees, the same way, and every year! There was no option to do it any other way. I know for a fact that to my in-laws it was simply tradition to do it their way; it never stuck them that we could perhaps want something different. But on my part, it felt like an obligation. Why do people automatically make a judgement call if a couple want to do their own thing during such occasions? Specifically citing that for six years the Bachchans celebrated together, did they want to insinuate that in future if they lived separately they wouldn’t want to do so? In my case, I would have happily invited the same invitees like my in-laws but perhaps have been happier to be given the ‘choice’ to do so!

Expectations to conform was too pressurizing for me to cope. Like many newly wedded couple, I wanted my ‘space’ – both physical and emotional. I wanted to feel free to lead a lifestyle that I was not only accustomed to but also one which I wanted to explore and experiment with my husband. But my marital home belonged to my mother-in-law. She had practically spent a lifetime making it her own after her mother-in-law passed away so there was no way she wanted any changes when I came in.  I did enjoy freedom from domestic chores and kitchen politics as I didn’t have to do any of that but still didn’t want to conform to my mother-in-law’s lifestyle.  I wanted to have my own. Seemingly I was always allowed to do as I pleased but the subtlety with which displeasure was shown was very skilful. I was frustrated and angry, sometimes gave in, coped, fought, struggled and then just gave up on being able to live in peace with my sanity intact.

Moving out was the only choice I had but one which was totally unheard of in my marital home – it was not only unacceptable but morally wrong to even think about it. Although I had entertained the thought at length it just wasn’t a viable option for us till my husband was offered a job out of town. It was a way out – an ‘acceptable’ way out of a difficult situation. Even then, it was frowned upon for a long time. People assumed the worst that I had broken up the family and taken their son away. No one even for a moment openly accepted or acknowledged that perhaps for professional reasons this was a wise decision.

Of course I must add here that the couple should be in unison when wanting to move out or else the blame game can get ugly at a later stage. I bore the burden of breaking up the family for some time till I forced myself to stop thinking about it. I refused to hurt anymore. It was a difficult phase but today we’re happy. Simultaneously my husband has always been well aware of his responsibilities and duties as a son. Distance has made no dent there. He’s never shied away from that and I’m proud to say that I have never been a spoke in the wheel when he’s wanted to reach out to them. I behaved that way not only because I loved him and wanted him to be happy but they were an important part of his life and I had no right to question his commitment to them. Even on occasions when my opinions differed or I’ve been uncomfortable with his decisions – I’ve told him how I felt and we’ve discussed at length but in the end I respected the fact that it is his family he is caring for.  It wasn’t my way to prove my in-laws wrong or show them how big-hearted I was, to me it felt natural. I believed that we might not live together but we were still part of the family.

That to me is the true essence of family life. A sense of togetherness, as a family is crucial as it has wider long term impact on everyone’s life.  A successful marriage needs a nurturing environment. It also needs patience and tact to deal with different personalities under the same roof. If one feels differently and is unable to negotiate this minefield of complications then instead of creating a scene, being bitter and back-biting, its best to come to a truce and maintain separate homes.

I strongly feel that the issues which majorly gnawed at me when I lived with my in-laws seem minuscule non-issues now. Living separately has brought a healthy distance between us. This in turn has also allowed us to assert our own individuality. Today when we get together sometimes I’m happy to do their bidding since I know that it’s temporary – we will soon be going our own ways. Simultaneously I’m open about my opinions if I don’t like something and having lived separately for some years now they have come to accept it.

While writing this post I received an email from a friend who too was in the same situation years ago. He writes (I quote), ‘…read your posts, somehow, I find a lot of similarities my wife faced with her in-laws. We did manage to get out of the morass by me securing a scholarship to study abroad. We too were on the brink of breakup, but survived and prospered by our flight, just like you. Will complete 45 years of bliss together next year’.

Moving out doesn’t mean something is wrong with the family. It doesn’t mean one has failed to do their duties or is being disrespectful. Nor does it mean that they are bad people. Moving out is definitely NOT the end!

My friend’s email is an affirmation that moving out is sometimes the best option and does work wonders.