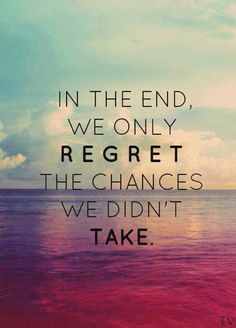 The fear of I do!

Santosh Desai’s post The Fear of Marriage in City City Bang Bang dated 10 February 2014, explored the social and cultural contexts that often lead to couples being apprehensive about tying the knot.

Why is there this fear of marriage?

It’s an interesting question and even more interesting are the answers that are elicited! The most common ones are of course loss of freedom, less sex, fear of committing and being stuck with one person all your life!

From amongst them all, I think loss of freedom is perhaps the most feared as it’s about the person itself – it touches the core of who we are as individuals. Interestingly the ‘act of togetherness’ in marriage ideally should mean freedom to be ‘oneself’ in the relationship but more often than not, it isn’t as easy. And deep-rooted within this is perhaps the fear of rejection – of being let down, things not working out or our own apprehensions about our inability to be the person our partner deserves.

So what does loss of freedom mean?

Is it the pressure of having to do things together, do what the other partner likes or prefers, having to please, having to accommodate another person, having to let go of personal space and personal identity, having to step back and think about the family and partner first before thinking about one’s self, having to earn for the family and spend money on what is important for the family, the unsaid assumption that one should go for holidays together – the one-off all girls’ or all boys’ outing or just travelling alone can happen but after much “discussion” and having to change the thinking process to acknowledge that ‘we’ is more important than the ‘I’.

Ideally, each of the above reflect the innate qualities of being a couple – that is what relationships are all about – our ability to mould ourselves within norms, expectations and structures that support the definition of marriage. How relevant are these fears today within a generation that is constantly questioning and wanting to assert its individualistic thinking?

In the beginning of a relationship it is but natural to want to spend almost every waking moment together, to get to know each other, to share personal beliefs and innermost fears, hopes, and wants, to be one in our thoughts and outlook. It’s the ‘pleasing’ phase and so consciously or unconsciously we extend ourselves to be what our partner likes or want us to be.

Once we’ve achieved what we set out to achieve – i.e., commit ourselves to them or marry our partner or in other words become comfortable with the knowledge that our partner understands us and accepts us for who we are – at this stage, we allow ourselves to believe that now we can show our true selves to them – one that is individualistic, that wants to be satisfied first, that wants freedom!

This is when most couples tend to look at each other and say, ‘you have changed!’ The assertion that the person you were dating is so different from the one you married is just an outcome of the need to truly want to be ourselves simply knowing that we can! Here’s when the pressure to change the partner or mould them back into what suits us sucks out the fun from the togetherness quotient. Slowly the predominant thought becomes ‘why did I marry?’ and ‘did I marry the right person?’

Once again, the fear of marriage and its repercussion’s raises its ugly head – only this time the feeling of helplessness is severe – as the outcome can only lead to unhappiness, separation and loneliness.

Simultaneously another fear takes over – the fear of loss!

One’s ability to cope with this sense of loss defines how couples respond – flight or fight. Of course the other ingredients that impact and determine the couple’s response include their values and morals, social expectations, upbringing, family pressure, children, financial independence amongst others.

Interestingly, amidst this fear of loss lurks the charm of gaining freedom. This little sucker makes decision-making excruciatingly painful.

Those who stay put work out ways to survive while those who step out apparently are known to live a better life – gaining the freedom to truly live life on their own terms. The argument is that they know better, their experience teaches them what not to do. Yet when another love interest arises, they’re willing (read unconsciously) to make the extra effort to reinvent the wheel. I believe that it’s more difficult this time round as having tasted both the loss and gain of freedom one has to continuously battle trying to justify which is more lucrative.

Marriage will make one regret their decision at some point in time so perhaps it is advisable that couples willingly accept that nothing is forever. The intention to always be there for one another is a promise but the reality is that no one has seen the future or what it holds. There is no forever – except the present and marriage is just an amalgamation of these present moments.