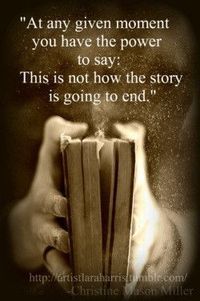 Since I’ve received so many shares, likes and feedback to the post The First Lady, I thought I should add a sequel to it.

As I’d highlighted every “mother-in-law – daughter-in-law” unit is different and each have their own ways to deal with their situation. I’d like to share some experiences that my close friends have had with their mother-in-laws (MIL). The intention here is not to question if they’re right or wrong – it’s simply to say that they dealt with their situations to the best of their abilities, judgement and the only way they knew how – that’s exactly how it should be. You experiment to find if it works or not. You assume and you might be right but in most cases you’ll be wrong, much like my first experience with my MIL.

Immediately after the wedding, having moved in with my in-laws, I had assumed that this was now my new home and went about re-decorating the house.  I wasn’t wrong to assume that – it was in fact my new home but what I’d failed to understand is that the initial few days was a testing time for everyone. Everyone at home including my MIL was trying to figure out how I was as a person, how they should react to me, how would I adapt to their life and way of living, how much leeway should they give me knowing that I had come from a nuclear family, with a different religious background. I should have ideally given it a bit more time like my friend’s wife did.

They were married in 2007 and since our families were close I’d visited them quite often. Mashi (my friend’s mom) kept the house a certain way – I didn’t like it but it was home to them. I always found it unkempt – even with things in their place, it felt as if something was missing. Even when the house was painted and decorated for the wedding nothing changed. This year in August when I visited them I was pleasantly surprised. My friend’s wife had drastically changed the entire look of the house! She sold some old furniture, bought new ones, and re-arranged the set-up making the house look amazing. After years it looked fresh and inviting. I loved it and I was reminded of my folly. She had taken years to develop a great rapport with her MIL, slowly taking care of her needs and everyone else’s in the family. It wasn’t something she did because she felt she had to, like it was her duty – but she did it because that’s the kind of person she is – someone who loves to include everyone and live for others. Today her MIL is totally dependent on her and was full of praises about how she had transformed the house.

Yes, she too had assumed that this was her home now but she was prudent enough to understand no one likes changes – the best changes are those that happen over time, so slowly that you accept them as natural outcomes.

Another friend who lives independently with her husband and children doesn’t get along with her MIL but in times of need (whatever it might be), they are dependent on her even more than their son! She regularly calls them, is aware of all their troubles, always accompanies them for check-ups and hospital visits – she’s also taught them how to use Facebook! Is she more tolerant or is that just a role she plays? I know her as someone who derives her strength and reason to live by stretching herself for others – she can mend a situation without thinking about herself. Does that make her well-adjusted or a martyr? Whatever it might be the open lines of communication between her in-laws and herself makes all the difference in their relationship.

Another friend lives with her MIL – she’s a homemaker and between the two of them, they take care of the two children. I always felt that they were the ideal “mother-in-law – daughter-in-law” duo till one evening she opened up about the issues she was facing with her MIL. I was taken aback more so because when you saw them in public and even when we visited them at home, you could never sense any tension between them. Nor did their interactions seem put-on. They were genuinely nice and civil to one another. That opened up another interesting aspect – whatever their worries and issues it didn’t concern anyone else but them!

MILs are generally made out to be she-devils but more often than not they’re simply women who too are trying to deal with their situation the only way they know how! Suddenly there is a new addition to the family – someone younger, with a stronger hold on her son and a mind of her own. As an open minded new-age MIL she has to be more accepting and cover up her own insecurities about her changing world. Similarly the daughter-in-law too sees a senior and stronger experienced woman within an established set-up. She’s as insecure about this life changing experience – will she be able to befriend her MIL, will she be accepted, will she fit in?

At times like this ideally one should be calm, believing in themselves and their abilities, no point in repeating the pattern of how they (either the MIL or daughter-in-law’s mother) as young brides were treated – unfortunately that’s not how things work. On either side, there is always a long line of well-meaning friends and family waiting to support, guide or stoke these insecurities! As Shobhaa De in her book Spouse: The Truth About Marriage reaffirms when co-existence is inevitable it helps to mark out the territories, define and share domestic duties, treat each other with respect, giving one another time to get used to the family and way of life. Although dealing with the one common factor in between – the son / husband does lead to some natural emotional outbursts – possessiveness, jealousy and competition – unnecessary power games help no one.

My friend’s wife who is loved and accepted by her MIL, is openly praised by her for changing the way the house looks – even today elicits moments of unhappiness for her MIL. Her MIL feels upset when she sees her son return home to first talk to his wife before her. As his mother she sometimes feels like he doesn’t love her or need her as much. Yet she is unable to take it out on her daughter-in-law who genuinely is a nice person. Now that’s one crazy situation to be in!

Being senior and more experienced, it is the MIL’s responsibility to make the first move. She should remind herself constantly that her daughter-in-law is entering a new zone and needs support, reassurance. After all her reactions and behaviour can establish her expectations from her daughter-in-law and reaffirm how she would want her household to run. Similarly the daughter-in-law too should rethink her own attitude. No matter how independent or ‘advanced’ she might be – she must accept and acknowledge her MIL’s position in the family.

The best way therefore to broker acceptance and peace in the family is to define expectations, be open about feelings, adapt to the rules of the family and wherever possible meet each other halfway.