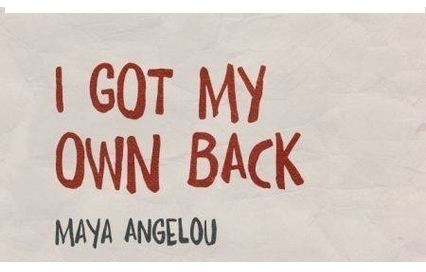 Let’s Face It, men like independent, successful women as long as they are not their wives!

Most often, even though single women don’t make a concerted effort, they’re open to giving Mr Right a shot if he happens to come along. The Girl is an established professional, well-travelled and very independent. She is someone who can throw her head back and have a good laugh, believes life is an adventure and there are more things to learn and see than possible in one lifetime.

Pottsandpan (PP): Marriage has been on the cards for you for a while now, including subtle pressure from family. How do you deal with it?

The Girl (TG): Well, the questions are subtle as well as overt, specially when you are attending any family function. I start with a nice smile, and politely say “I’m still waiting for the right person.” And if that doesn’t cut it, I just counter it with another smile and say, “well seems like no one wants to marry me!” Both work, depending on which generation in the family I’m talking to.

PP: What are some of the questions people ask when they’re keen to know your marriage plans?

TG: Well they broadly range between…

PP: What has been the inanest question someone’s asked you about marriage?

TG: I would say the one where someone looked me up from head to toe to determine that I wasn’t a “defective” piece and wondered why I was not married yet. I am sure some people think I am a closet case :-p

PP: What are the 3 key qualities you would want to look for in your future partner? Why do you think they’re important?

One would think the ask is simple, but apparently, it does not come easy.

PP: In general, the usual expectations from a marriage have been buying a house together, a car, traveling to exotic locations – now you’ve already accomplished all that by yourself! If and when you do tie the knot what do you think your expectations will be?

TG: The expectation would be to spend the next 30+ years (known as rest of my life) with someone who wants to spend his life with me too. For companionship, for being there when its good and bad, for sharing experiences and actually working together to leave a legacy of sorts, together.

PP: Is marriage really needed today? What are your views?

TG: Marriage as it was known in yester years, where it was more for security, both financial and social is less of a requirement today. Marriage for companionship, for being supportive of each other, to share and to give space to each other seems more the necessity. As an institution, I guess it did build the society, but with women being well educated, supported by their parents, financially well off it is less a “need” and more a choice. The institution nevertheless I believe still needs to exist to give society a framework to go by. I think it gives an arena for one to think beyond oneself and for the larger cause called family, which therefore brings forward the good in people. Not saying that not marrying doesn’t make you good, but marriage does make you put others before yourself.

PP: There was a meme on a social media site recently where at a wedding, the priest is seen reprimanding the groom saying the answer is “I do” and not “I’ll try!” Do you think it reflects the reality of today’s life?

TG: A commitment is a commitment, which is what you exchange as you say your vows (doesn’t matter in what language or religion). The reality of today’s life is things are so abundant that one has a plethora of choices and can move from one to the other very easily. Relationships, marriage, friendships, family ties need to be nurtured and cared for. It’s not an expectation alone which both parties have to live up to but also somewhere they both need to drop the ego and find the middle path for a larger cause. At times, though one party has to walk all the way to the other instead of meeting in the middle. Often, one has to gulp the ego and move forward. This is easier said than done. However, if you are confident that both of you want the same larger cause it’s easier to do and if the cause isn’t common, then drifting apart and justifications become easier.

PP: How long have your parents been married? What do you think has been the secret to their success?

TG: 47 years! I think their ability to respect each other and let go when required was the key. It also underlies love, compassion and understanding each other, which some may call getting used to one another.

PP: What is the one advice they gave you for selecting a life partner? Are they in sync with your views?

TG: It is important for partners to be complimentary in nature, don’t choose someone with the exact same character traits as yourself. Initially I was surprised, but I realized they meant traits and not qualities. I’m strong willed and decision oriented, and need a patient partner to deal with me. Patience isn’t one of my strongest suits, though it may be stronger in comparison to some others.

PP: Have you been meeting prospective partners? What has been your experience? How do these men react and respond to a successful and independent woman like you?

TG: Yes, in spurts, I haven’t made a very concerted effort. The experience has been less than desirable, probably why the concerted effort hasn’t happened. Men like independent, successful women as long as they are not their wives.

PP: What are your views on financial equality in a marriage? Do you think you will be okay if your husband earns less than you?

TG: When I was starting my career, I wanted someone earning equal or more because of the needs one has, to build the basics in life. But at this stage of my life, my views on this is far more liberal since I’m not looking at anyone to take care of my financial needs. Yes, it is ok for my husband to earn less than me, but the “quantum” of less should be defined. I’m used to a certain lifestyle, giving it up almost entirely will not be easy. The same way I don’t fancy being anyone’s trophy wife nor do I suspect that I will ever choose a trophy husband (please remember, that’s not the same as being a house husband).

PP: What is the position that love holds in your life? Between love and respect, which do you think is the most important element in a successful marriage?

TG: I think it is important to have love in your life, to hold someone else dearer to you than yourself. I think love and respect are both equally important in a successful marriage. Respect allows you to be you, otherwise you will be looking for validation or taking out your wrath by being derogatory to others or worse, lose your self-confidence and become a victim. Love is something you feel, you give and you make happen – quite like respect, but a lot more ephemeral. You can see it in simple everyday things which you usually take for granted verses actually appreciating it. That’s because we all “expect” it from our partners, we don’t give them credit for being there all the time, if not physically but emotionally at least.

One Reply to “Let’s Face It, men like independent, successful women as long as they are not their wives!”